Pillars of Eternity was developed by studio Obsidian Entertainment. This product is considered the spiritual successor of the classic CRPG series in the ’90s like Baldur’s Gate or Icewind Dale. Pillars of Eternity is by far one of the most successful fundraising projects on Kickstarter. The context of the main story of the game takes the player to the kingdom of Dyrwood in a fantasy and large world called Eora.

The interface at the start of the game is designed to be simple and intuitive. Players can freely customize the way of setting sound and graphics to suit their preferences, such as the “big head” mode chibi style makes the characters have a very funny and lovely shape. Most importantly, we can adjust the game rules and auto-pause mode in each situation, such as when starting to fight with the enemy, using magic or having a dead character. 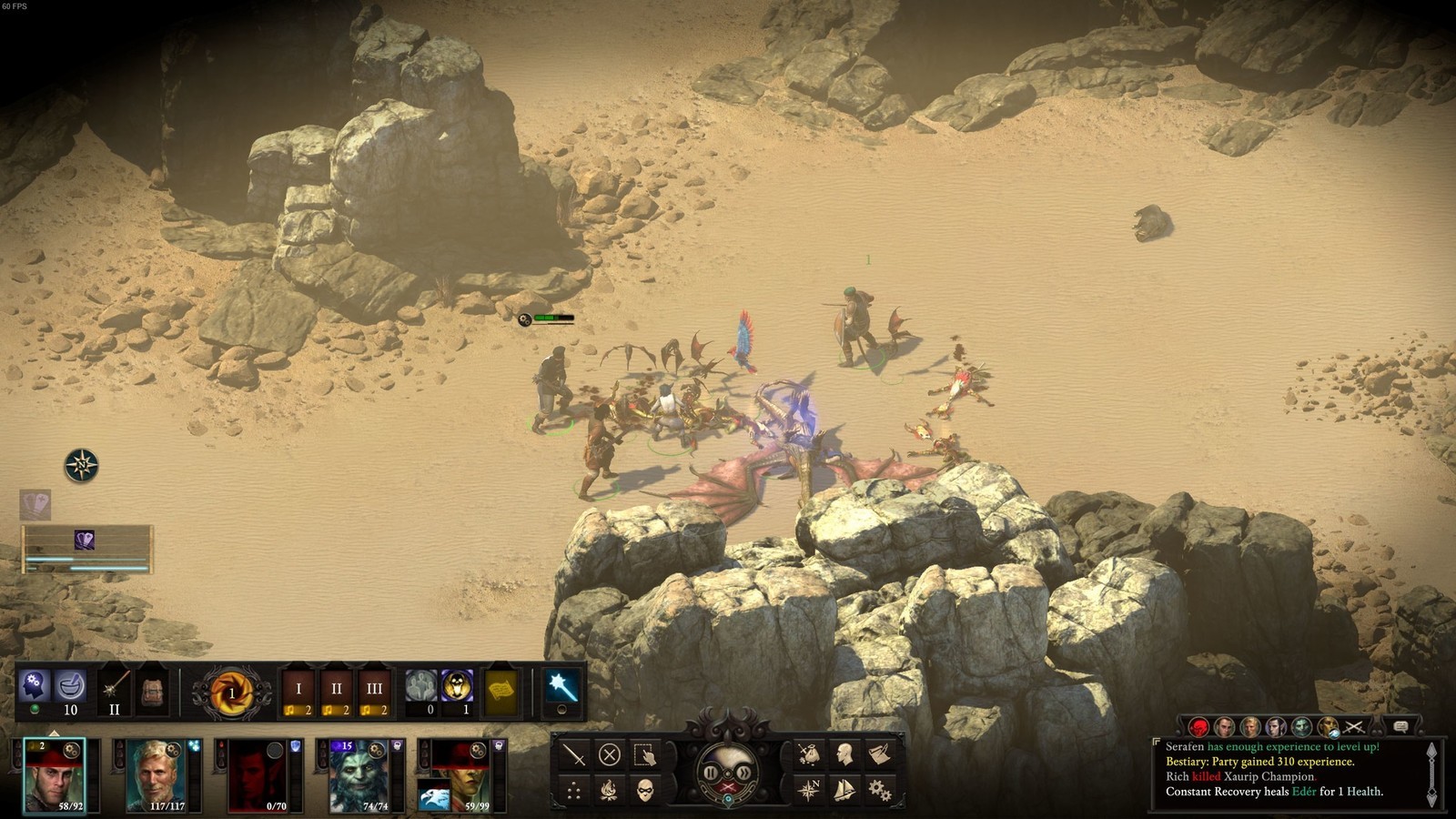 For the CRPG genre, the difficulty of the game is always built in different levels to satisfy the experience for each player class. Pillars of Eternity has set of 4 basic difficulty levels, of which, 3 levels of “Easy – Nornal – Hard” will only affect the amount of monsters appearing in the game and the number of “breaks” recovered only.

And “Path of the Damned” alone will make the monsters stronger and unable to arbitrarily change during gameplay. If you want to challenge more, players can choose “Expert Mode” to remove useful instructions or death mode to end the game with “Trial of Iron”.

Each career in the game is built very detailed in terms of skills and combat roles, ensuring the “multivariate” necessary in the role-playing genre, for example: Chanter has the ability to constantly “chant” to bring many different types of effects, and Ranger always has an animal to support …

It can be said that the development team was very dedicated and designed an impressive career system for players to experience, increasing the very logical tactics often found in the CRPG genre.

In addition to selecting race and career, the player will also distribute a number of attribute points, select the background context and some details about the appearance such as face, hairstyle. It should be noted that attribute indexes not only directly affect the combat ability of the character, but also relate to the choices in the dialogue.